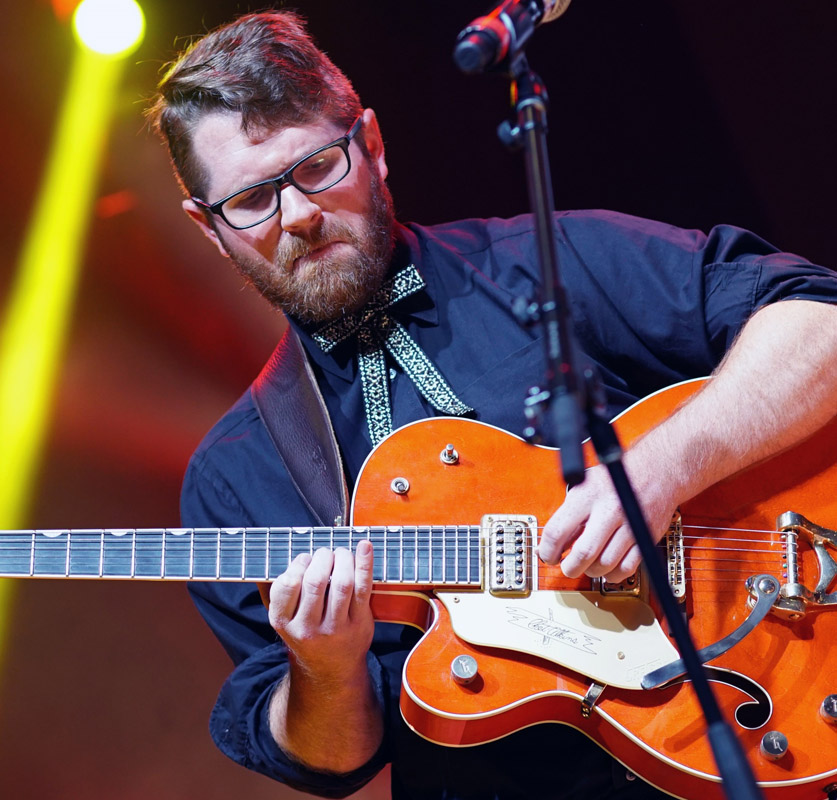 Traditional country with a modern twist

Wes was originally booked to fill in as the guitarist for Laurel Wrights’s solo gig. They both recognized something special when they performed together, and now they’re partners both on and off the stage.
Before perusing his love of country music with the Young Fables, Wes lived in China for half a year playing jazz and R&B. He met Wright just a few months after he came back to the United States.

“Nothing sounds like a Gretsch -- everything that Gretsch touches has a signature unlike anything else. From the Filter'Trons to the DynaSonics or the hollow bodies to the solid bodies, each one offers something new to the electric guitar. Aside from sounding so unique, they are really the coolest looking guitars. And let’s be honest that’s why many of us even started playing guitar!” -Wes Lunsford on his love of Gretsch