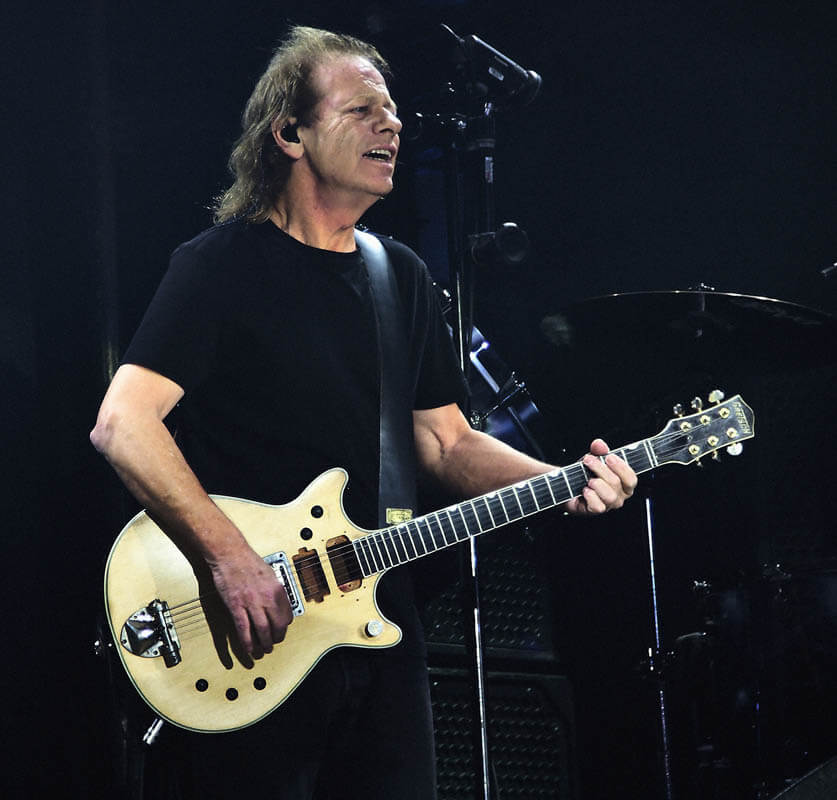 Stevie Young comes from a musical family. In addition his famous AC/DC rocker uncles, Angus and the late Malcolm, Stevie’s dad and brothers were also musicians who played a variety of instruments.

Stevie first filled in for Malcolm with AC/DC on the band’s 1988 Blow Up Your Video tour. He permanently replaced his uncle in 2014 for touring and recording, when Malcolm retired due to illness.

A young Stevie tried to first play the accordion but found the instrument too cumbersome to properly manage, so he turned his musical interest to guitar. Stevie and his uncles, Malcolm and Angus, went to the same high school after the family moved to Sydney. The trio would often play guitar together after school in the early years of AC/DC.

“I’m not trying to imitate or copy (Malcolm), but I am trying to keep the spirit of what he did in the band.” - Stevie Young

Our Gretsch G5222 Electromatic® Double Jet™ BT with V-Stoptail delivers Broad'Tron™ power with classic Jet clarity, and one lucky winner will get the chance to harness its sonic muscle.

Heading into summer with real live shows on the horizon, we’re excited to feature this Aged Natural beauty as our latest prize offering. At the heart of each Electromatic Jet BT is a chambered mahogany body with maple top that produces a rich, present mid-range that accentuates big lows and shimmering highs. A pair of Black Top Broad'Tron pickups drive the chambered mahogany body with maple top through thick, aggressive overdrive while maintaining astounding definition and note balance suitable for the most pristine clean tone. 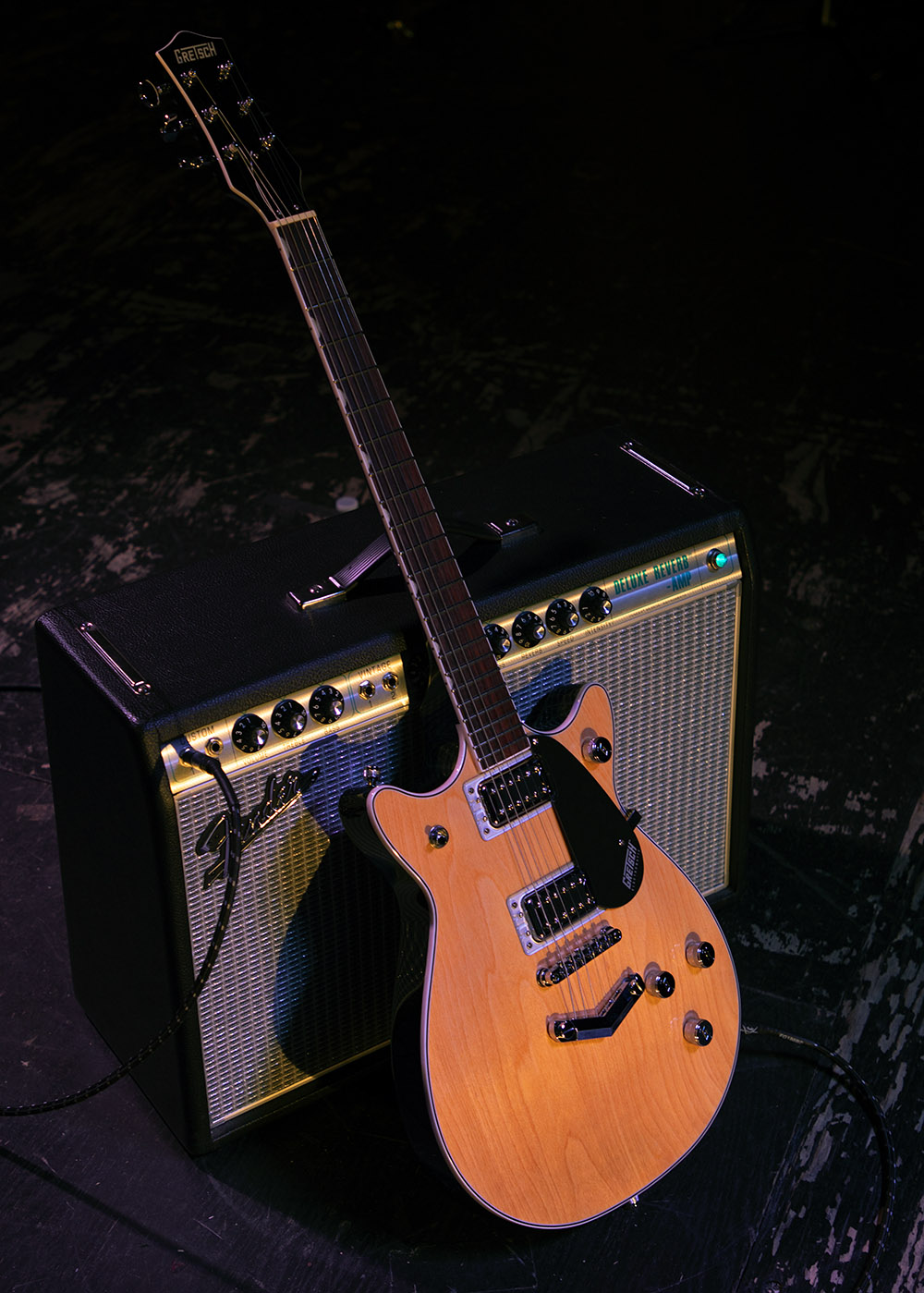